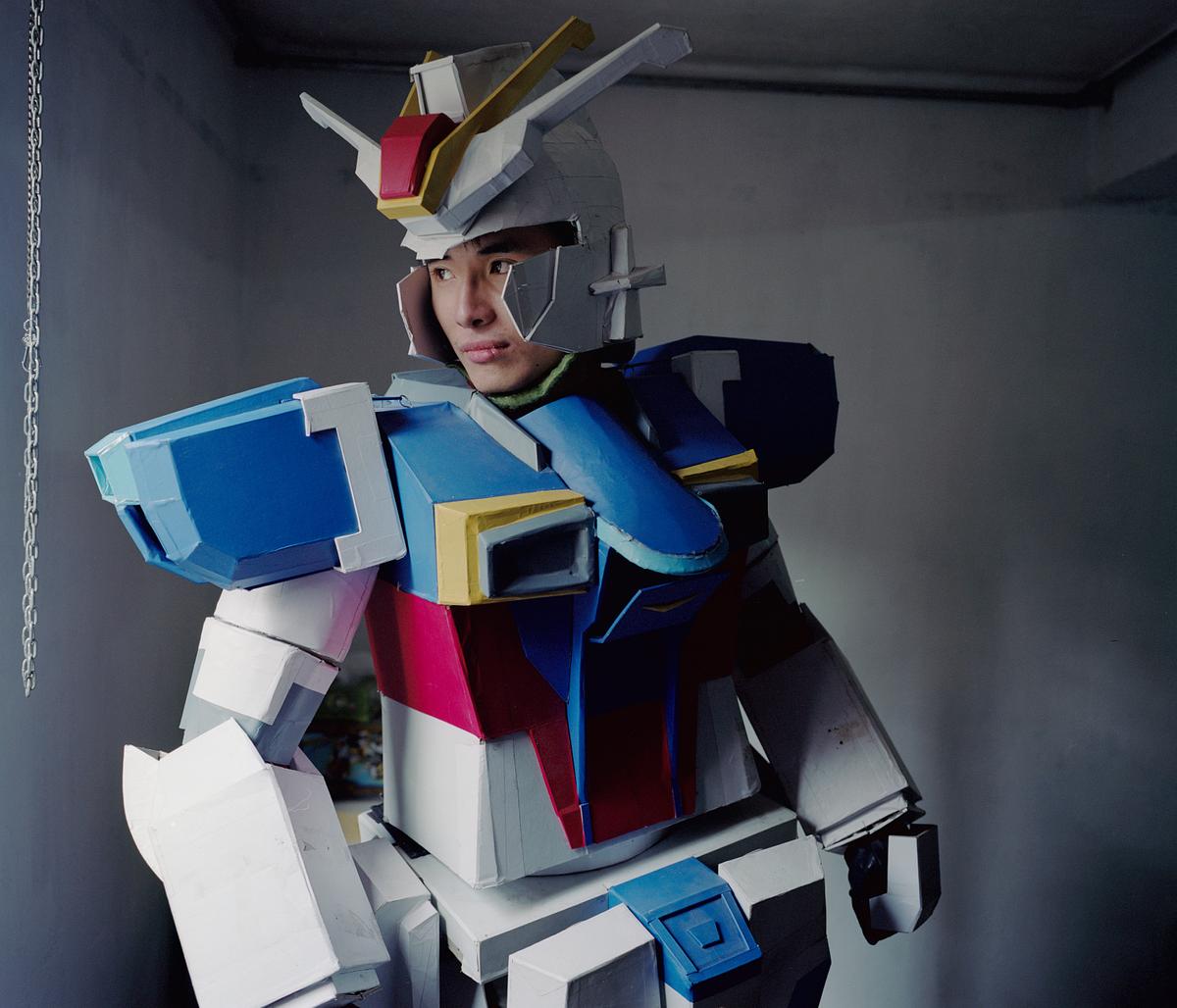 CHINA / Shanghai / Chinese Cosplay 04/2009..Chinese Cosplay in Shanghai,Robin dressed up as Gundam after that with his father was able to build up the complicate costume. He has "built" many outfits from japanese animation character for his group which perform in different location in Shanghai, the portrait was done in his little room in his family house located in the old part of Central Shanghai 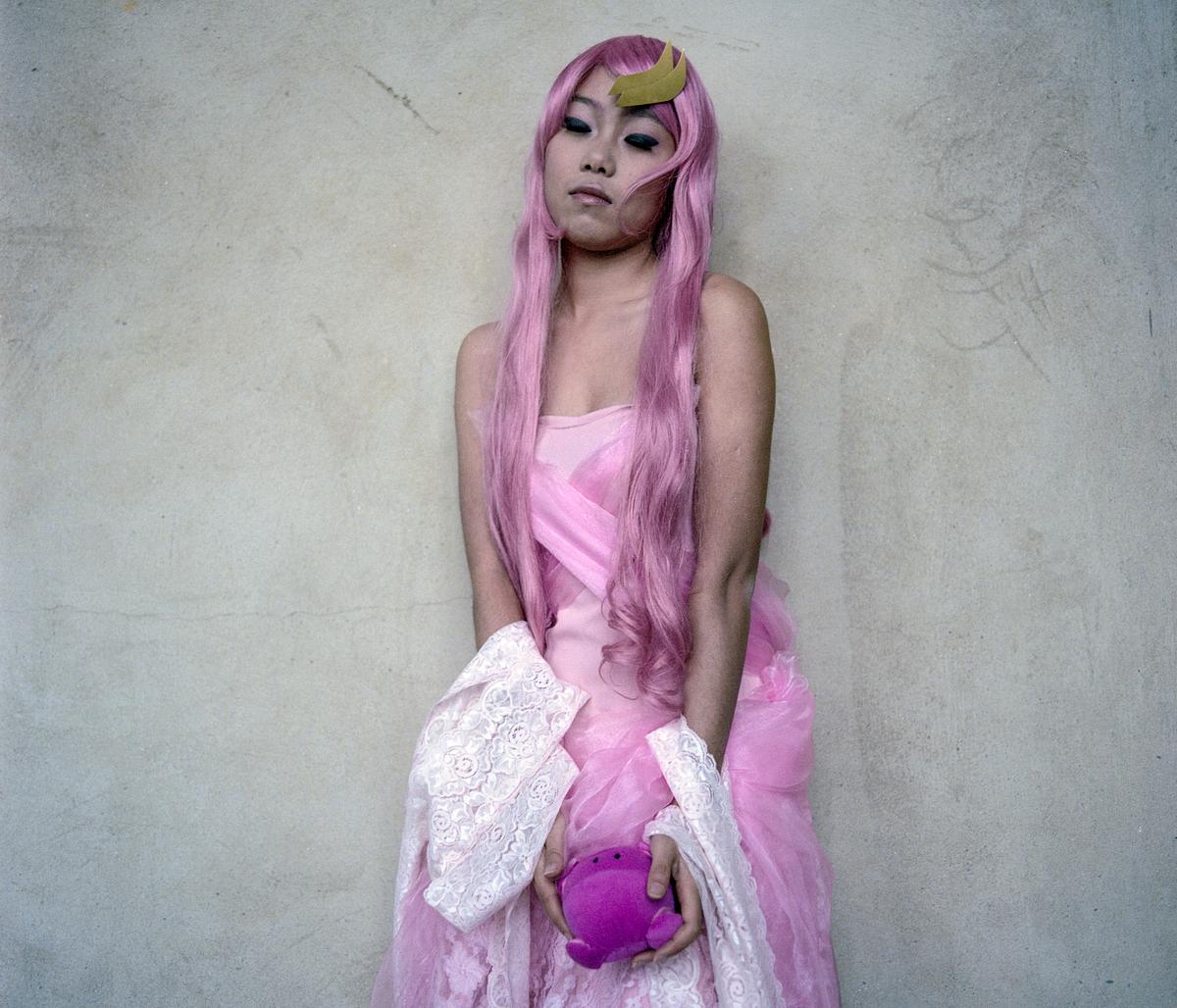 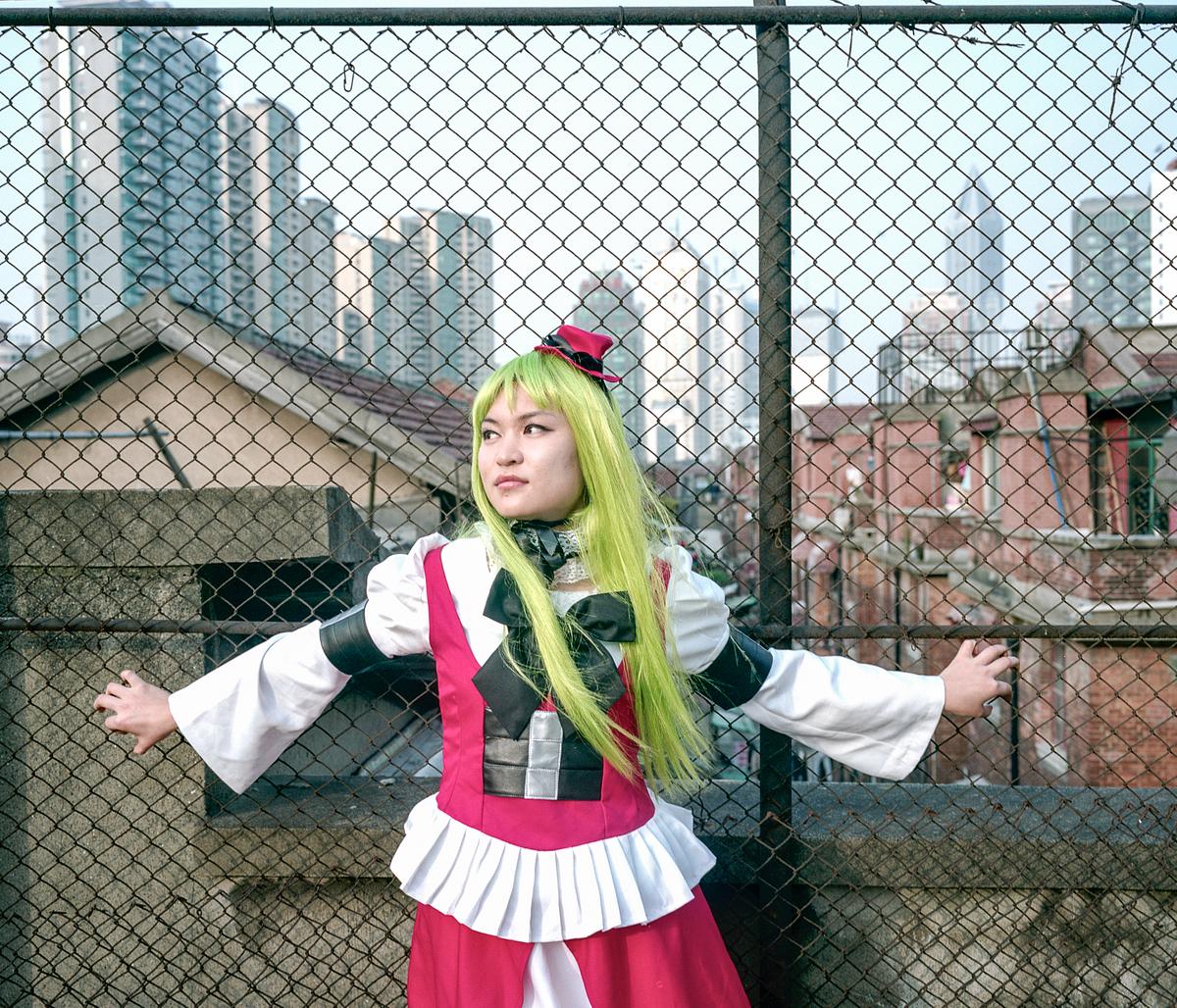 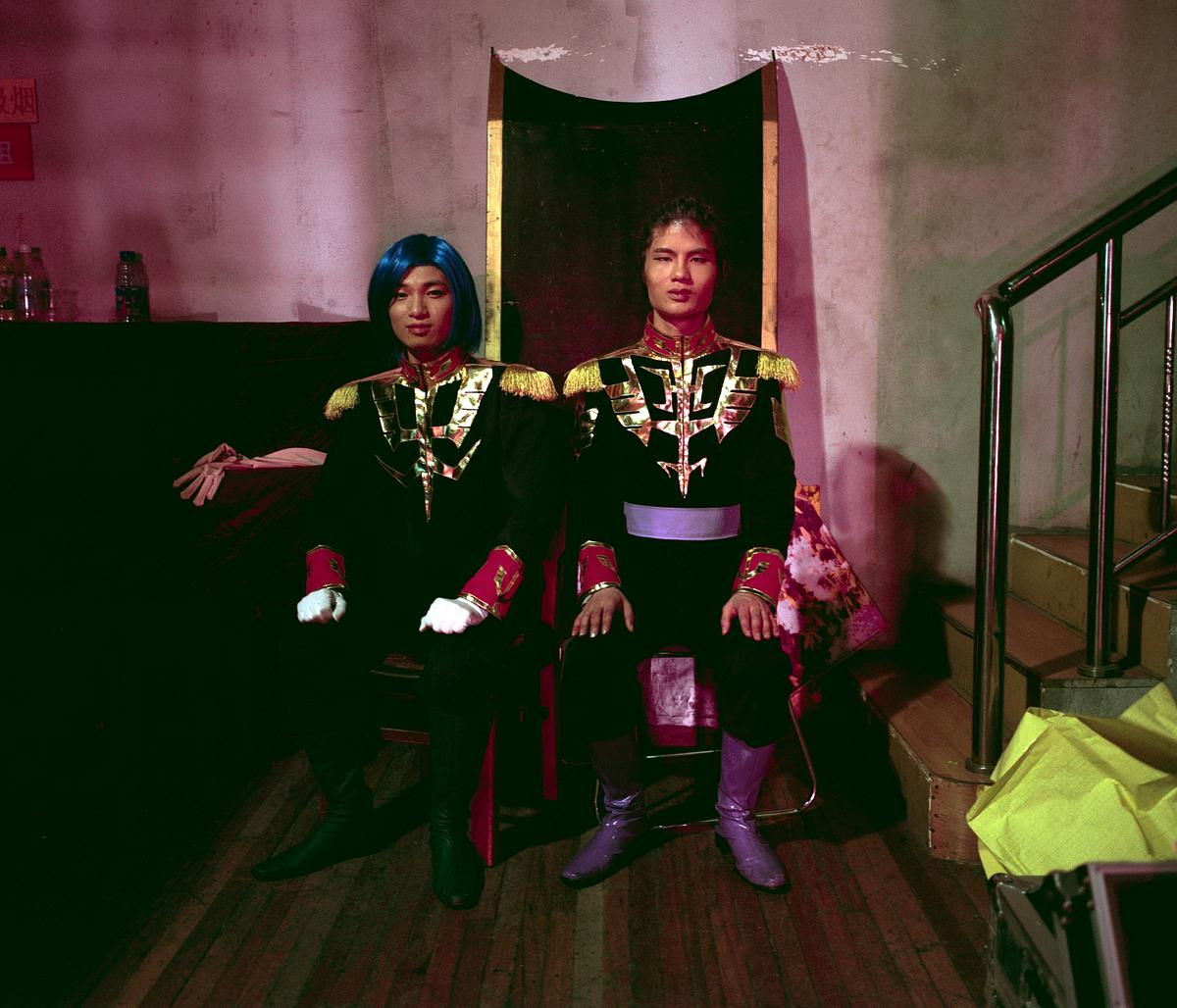 CHINA / Shanghai / Chinese Cosplay 04/2009..Chinese Cosplay in Shanghai,Rong Rong (left) and Lao Ka (right) performing a group, posing in the backstage of a theatre before the performance 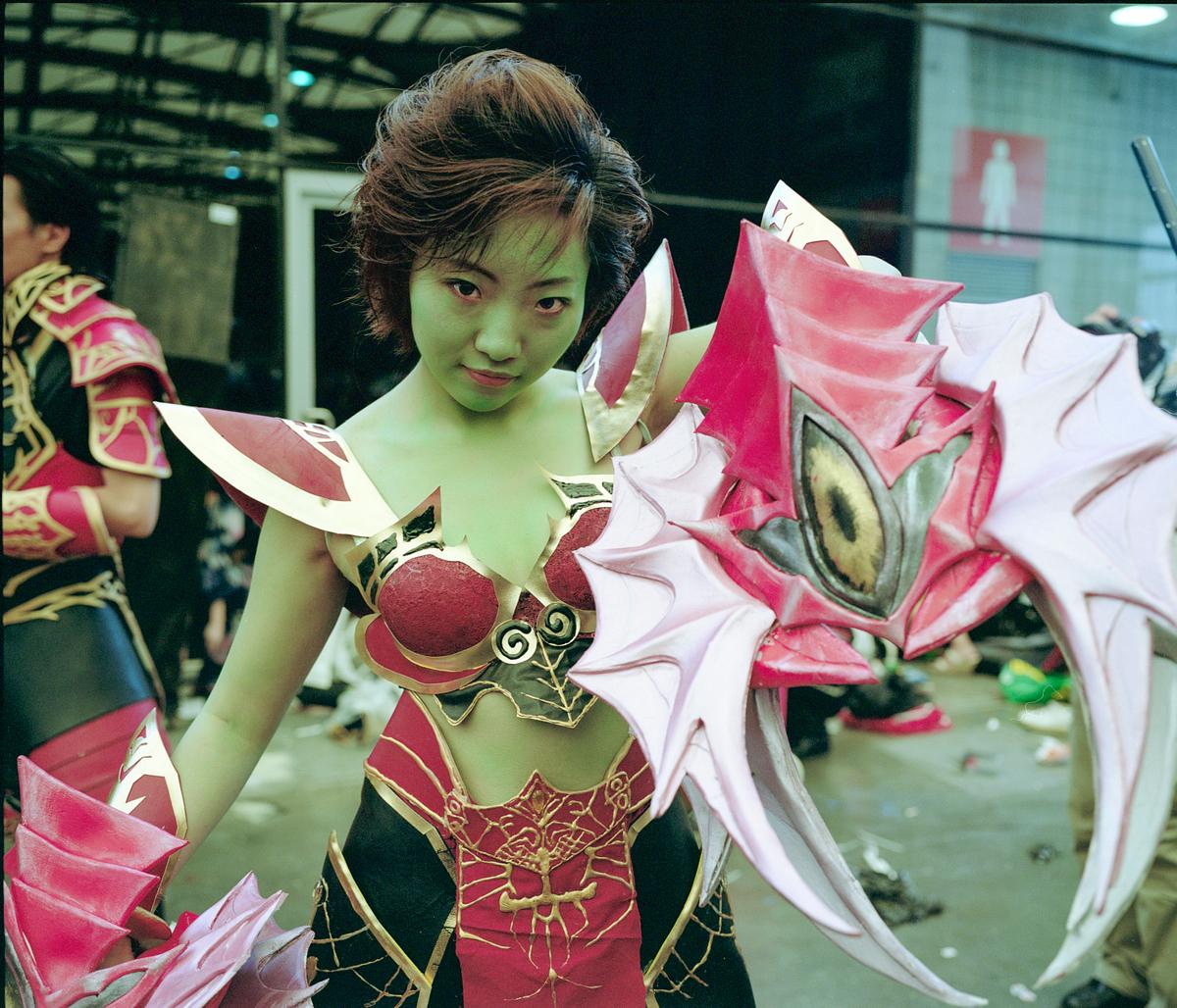 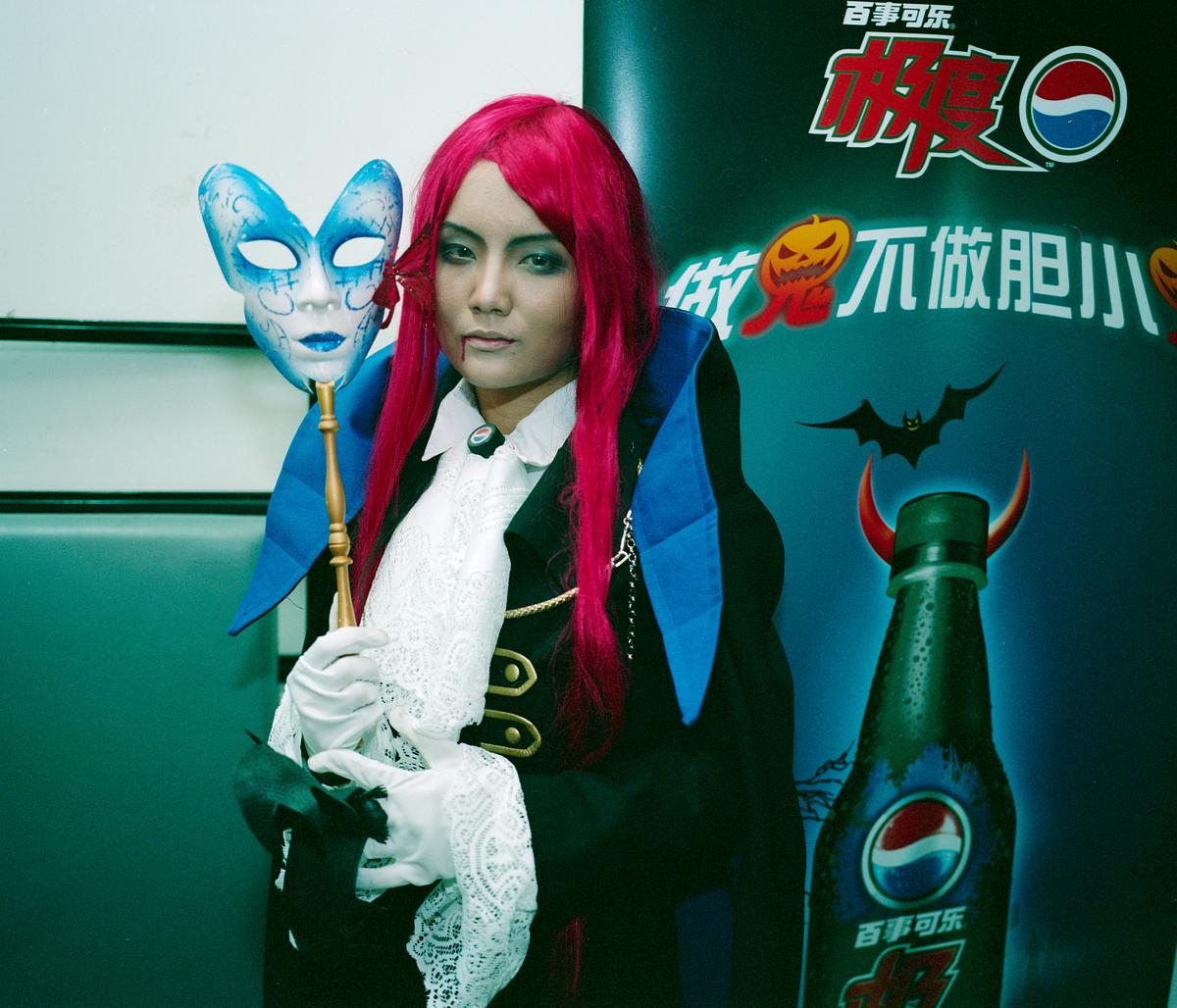 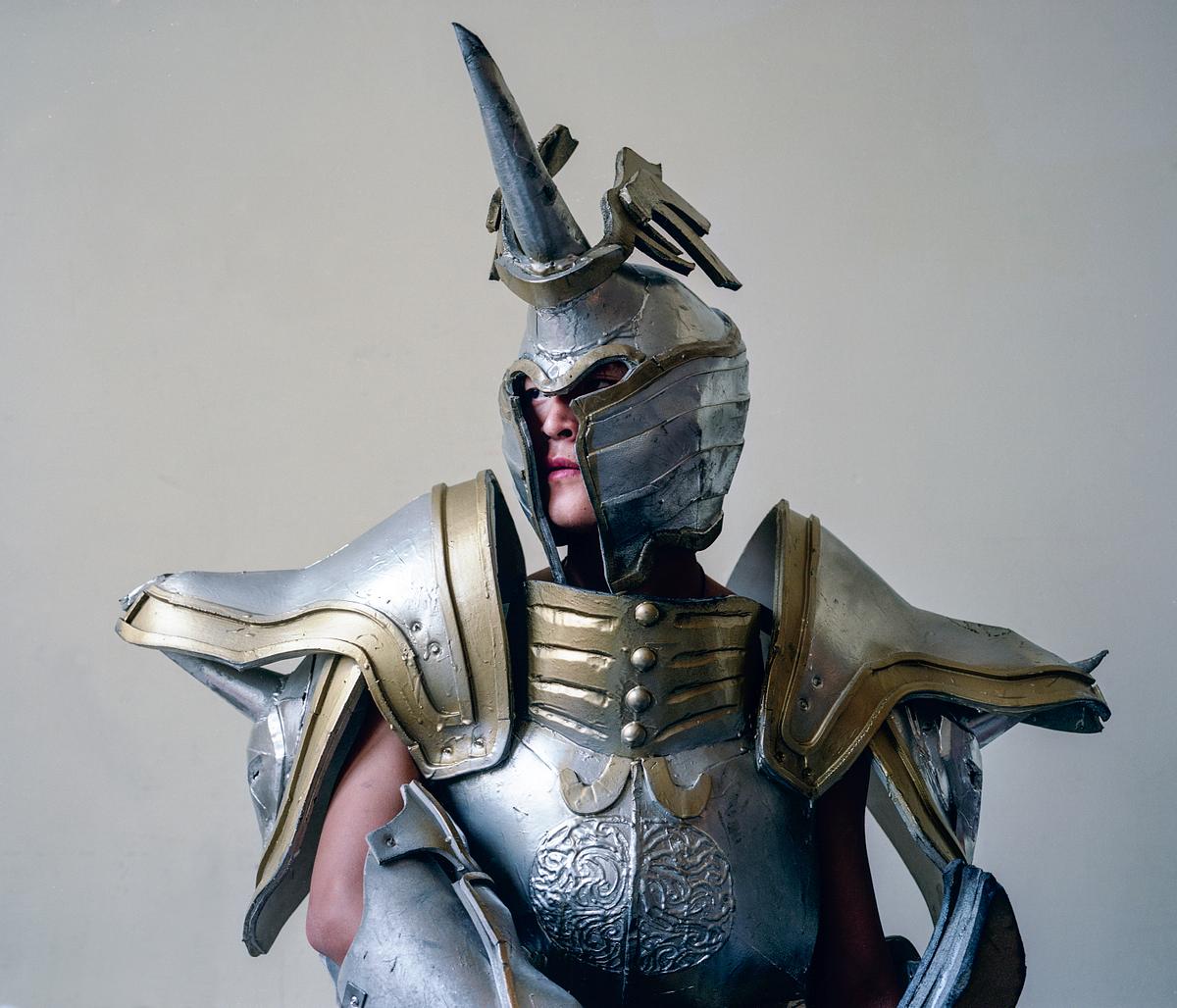 CHINA / Shanghai / Chinese Cosplay 06/2009..Chinese Cosplay in Shanghai,A guy from Hangzhou posing with a self made outfist which represent a warrior with an armature 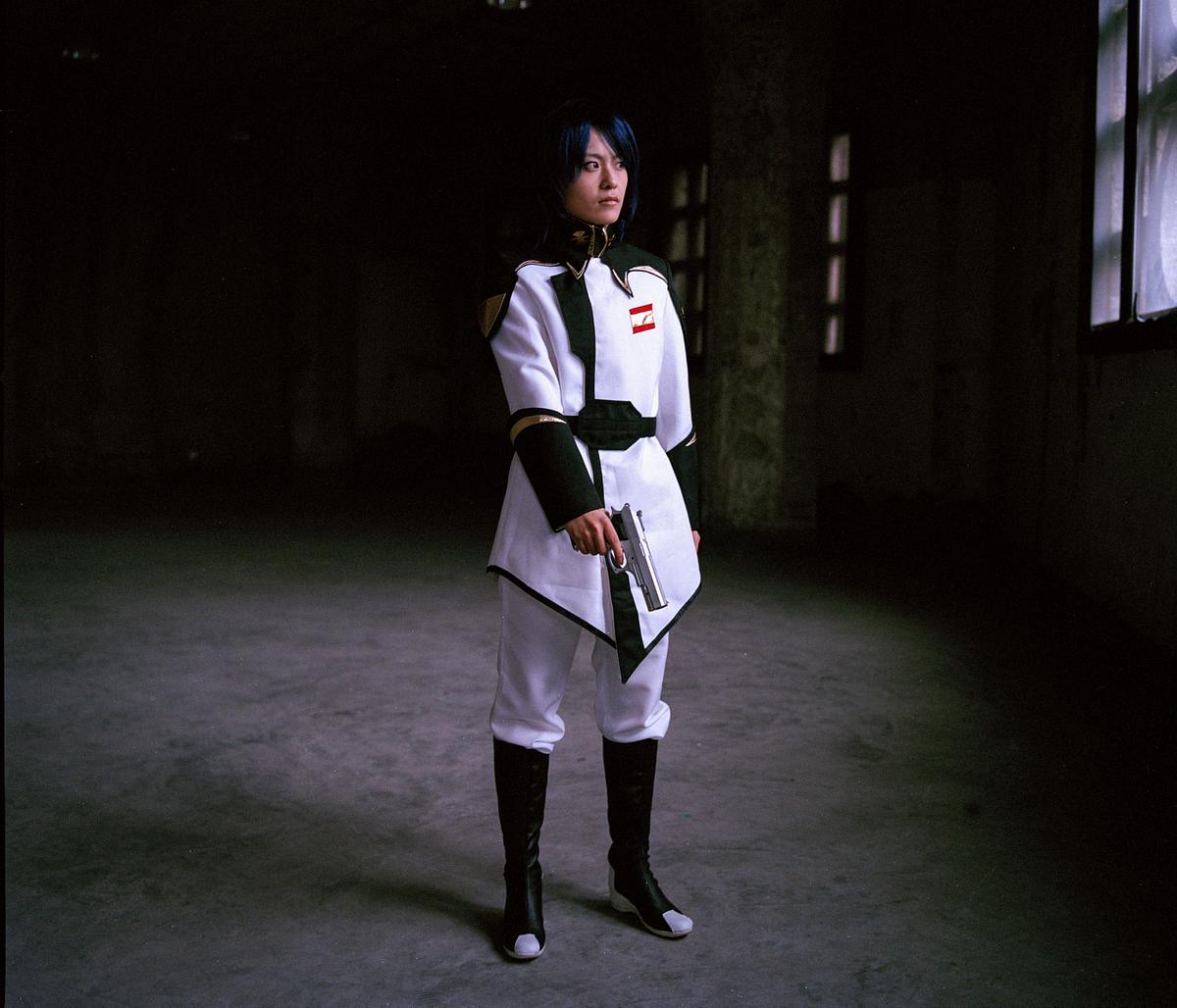 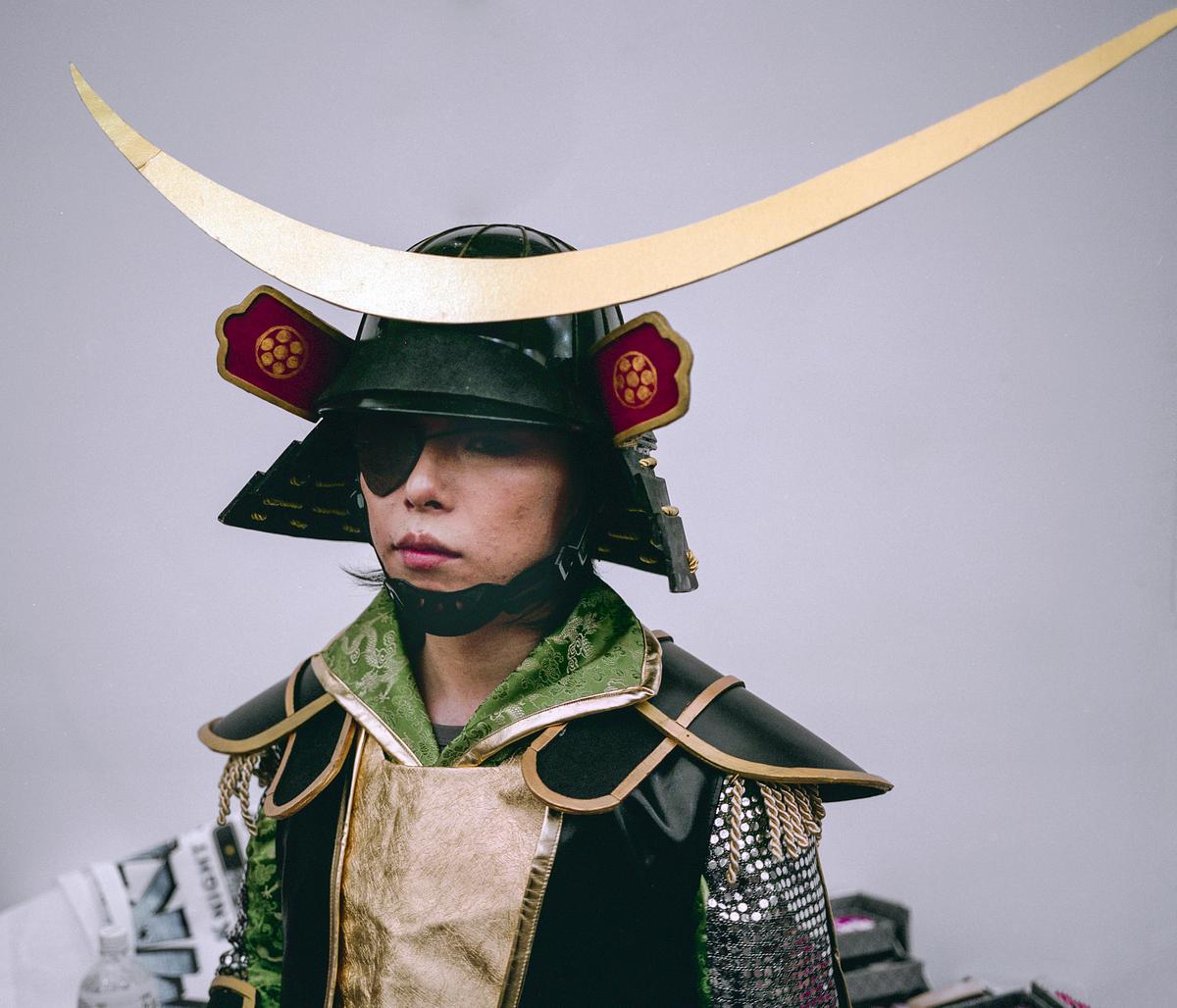 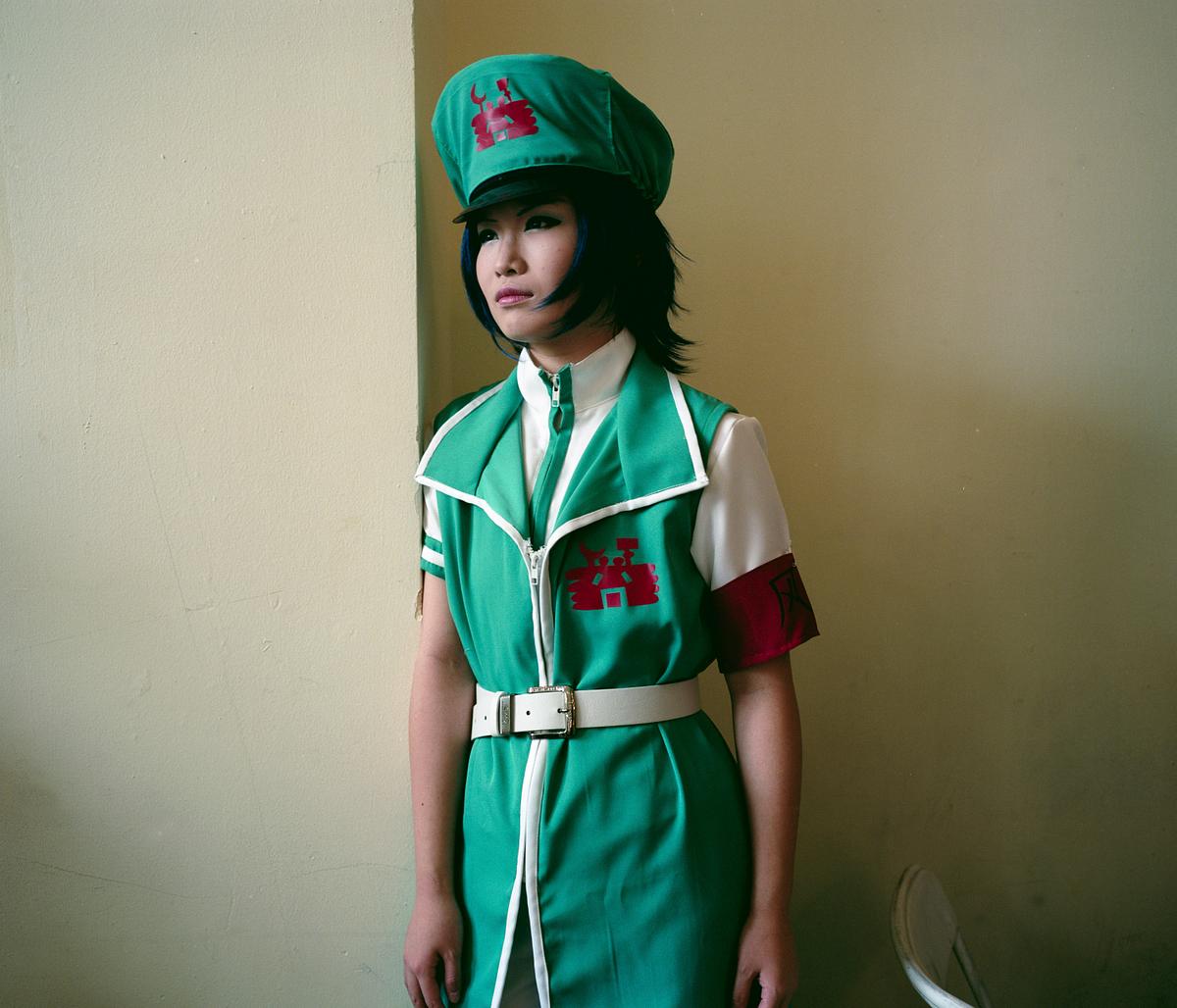 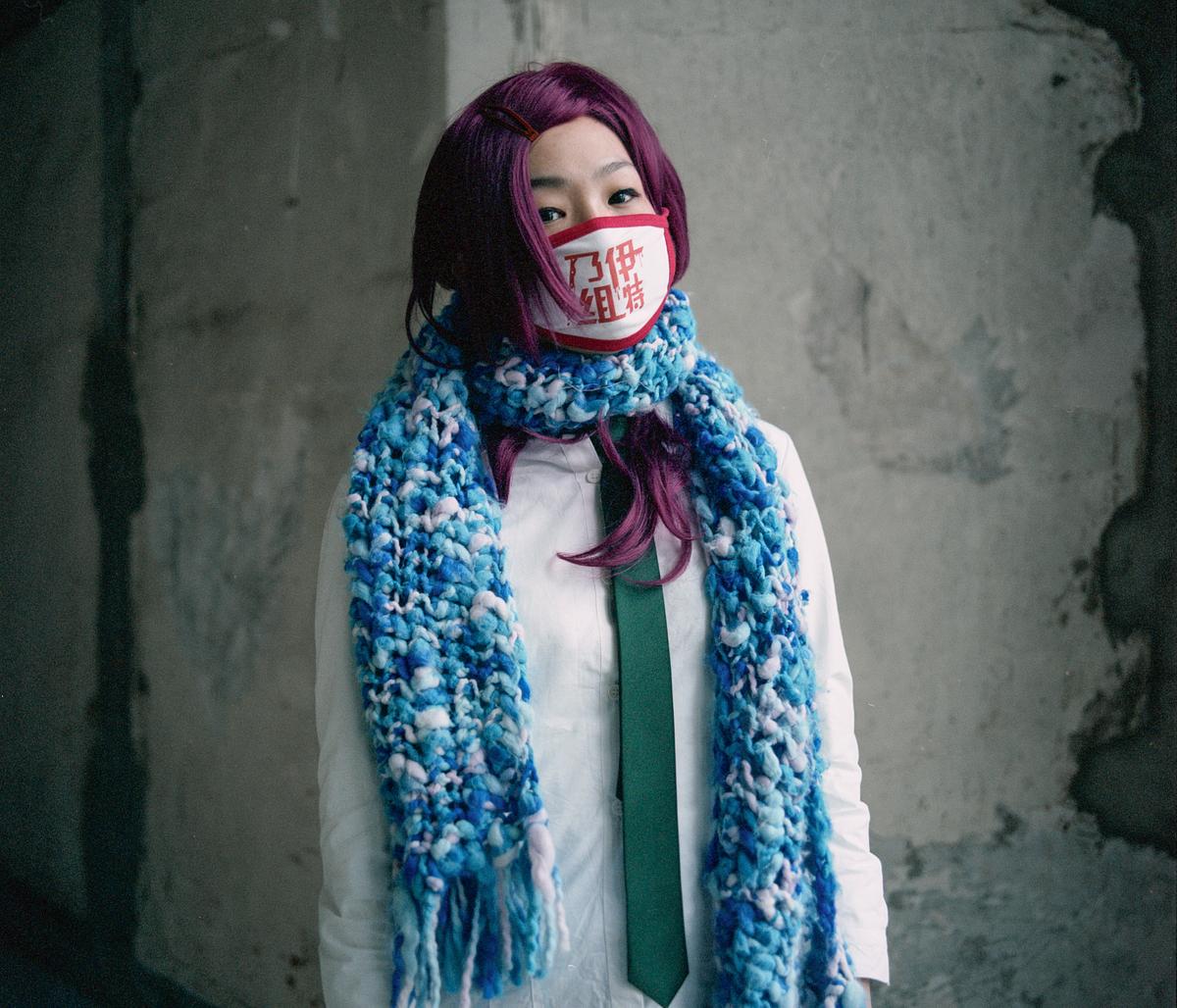 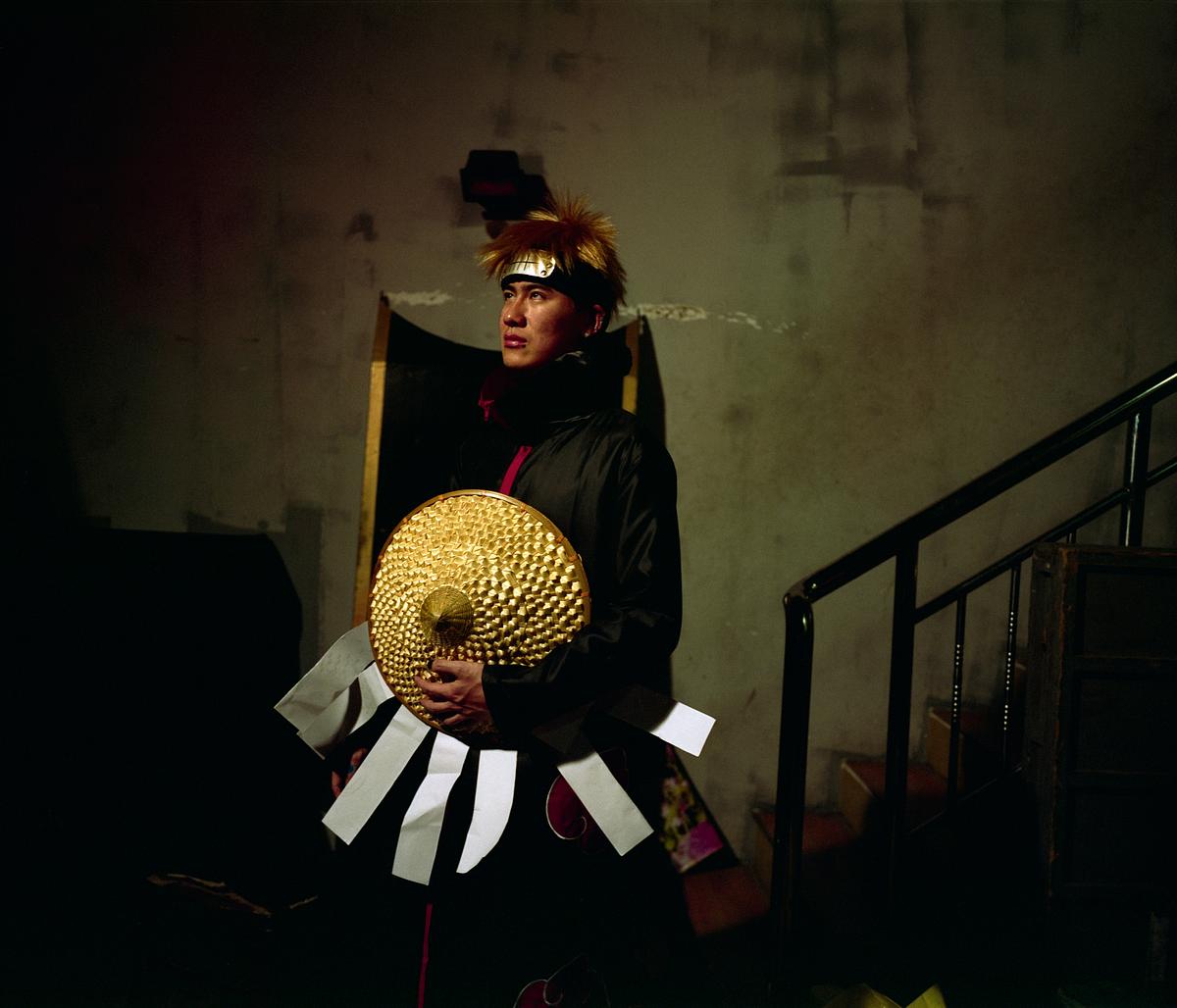 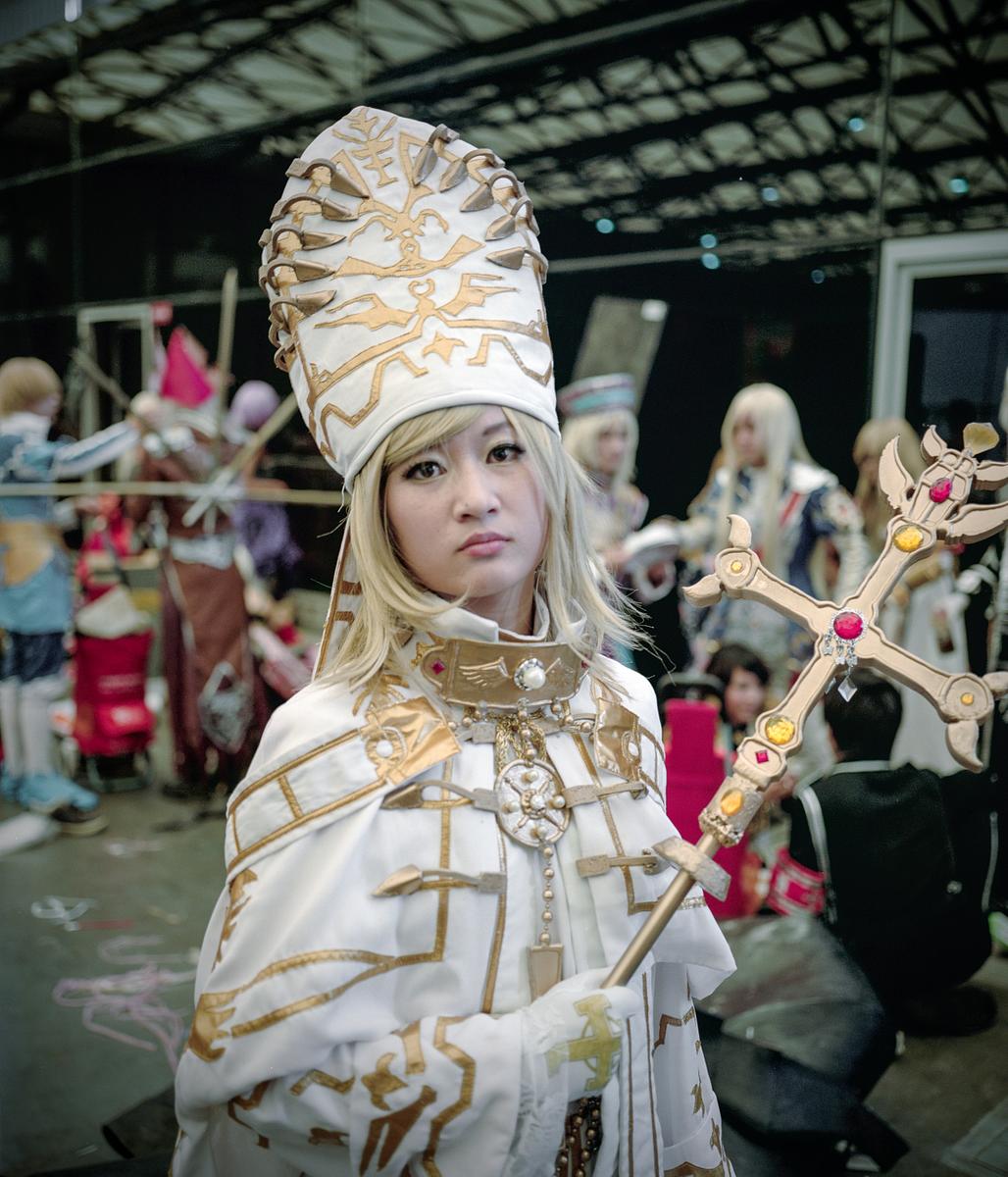 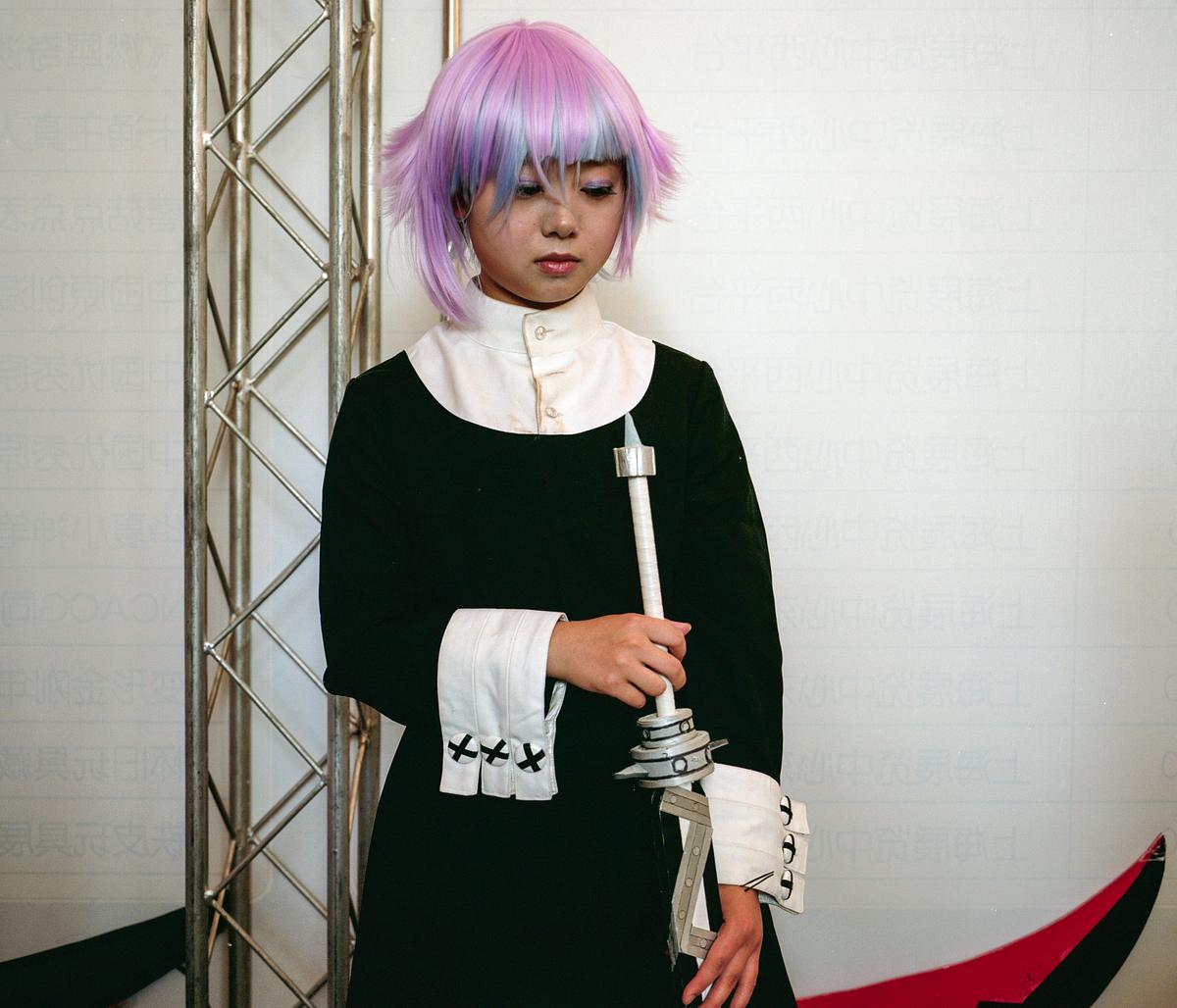 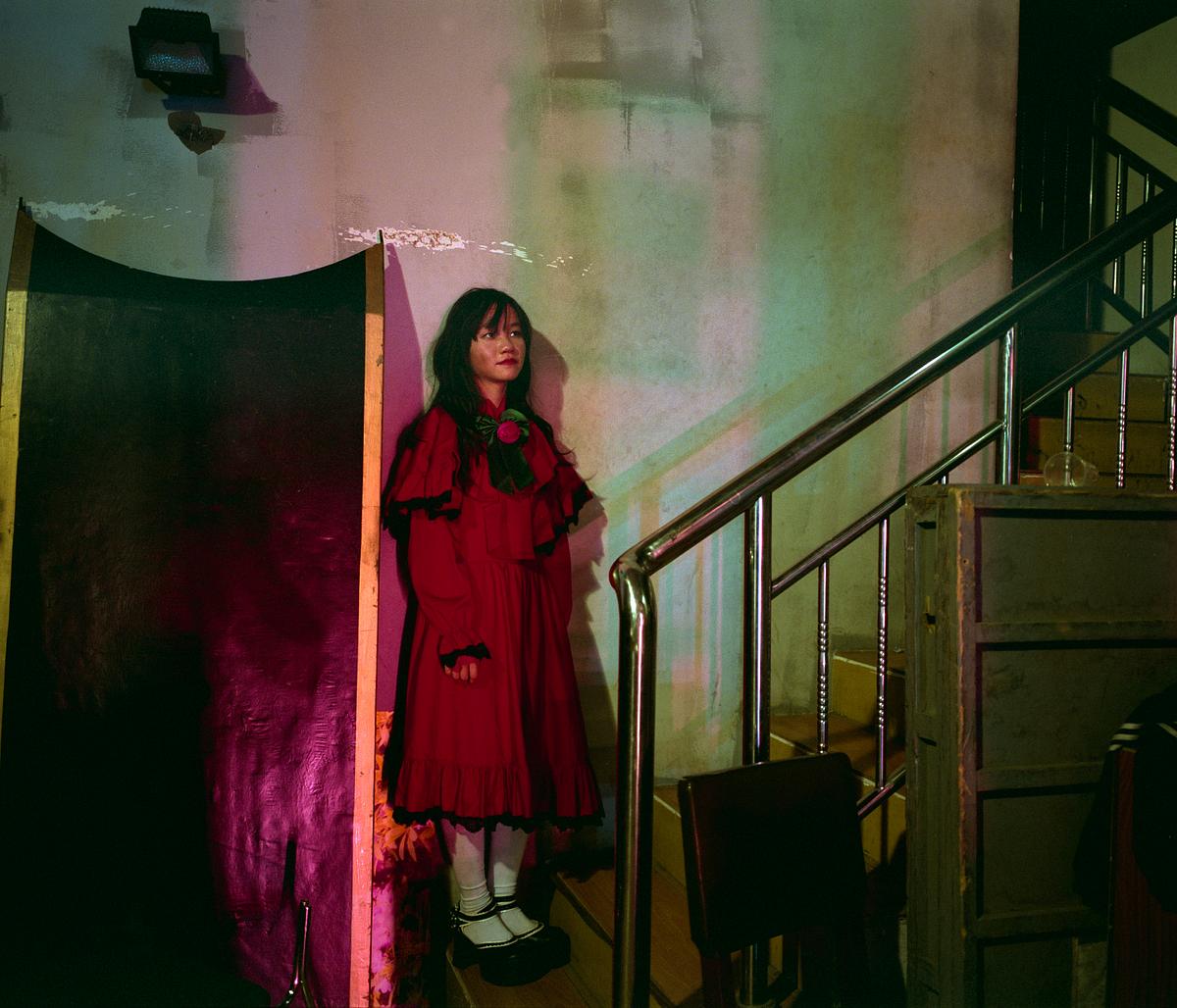 CHINA / Shanghai / Chinese Cosplay 04/2009..Chinese Cosplay in Shanghai,Girl from Shanghai in red outfit , before the performance and quite focused and worried for the show 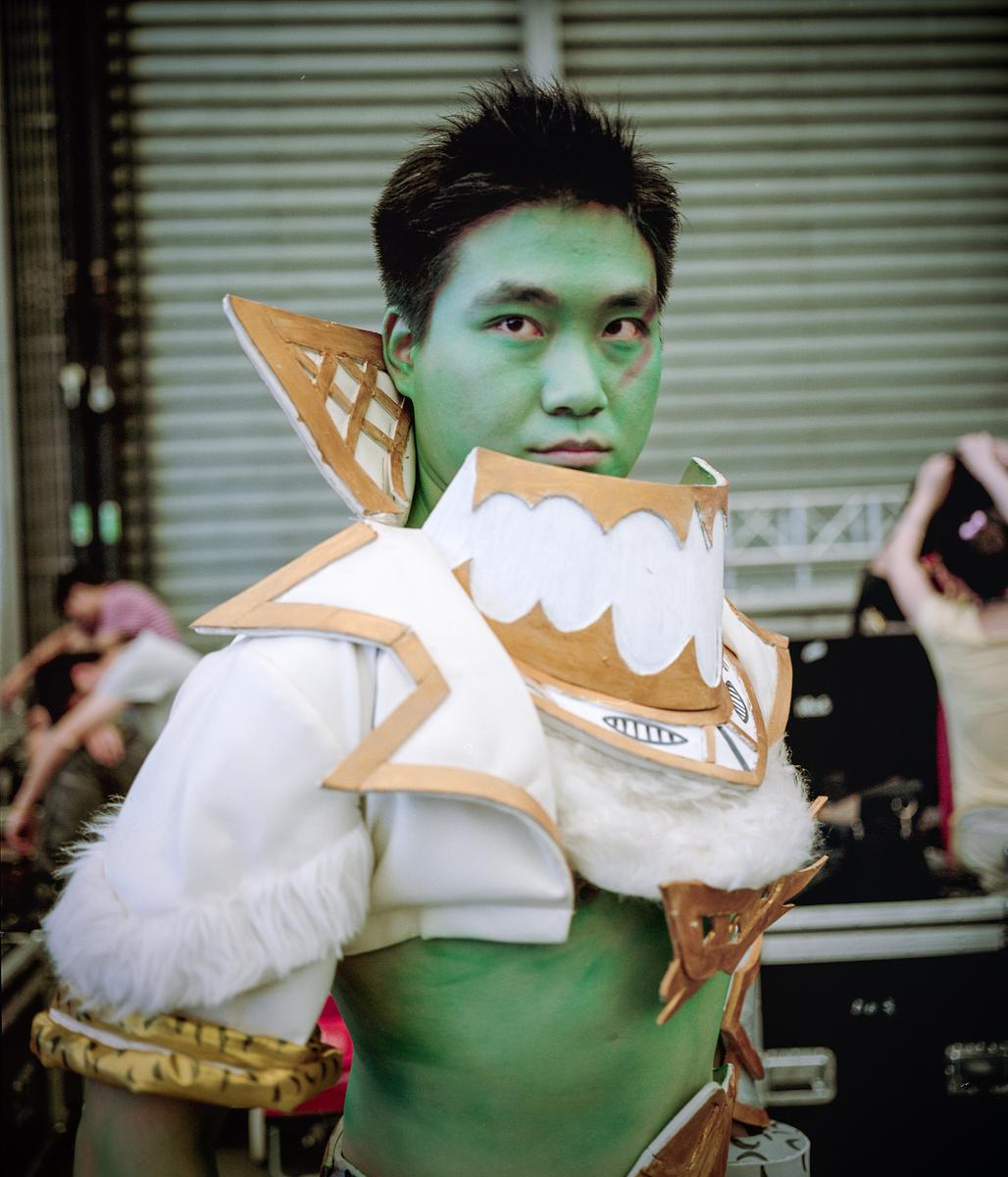 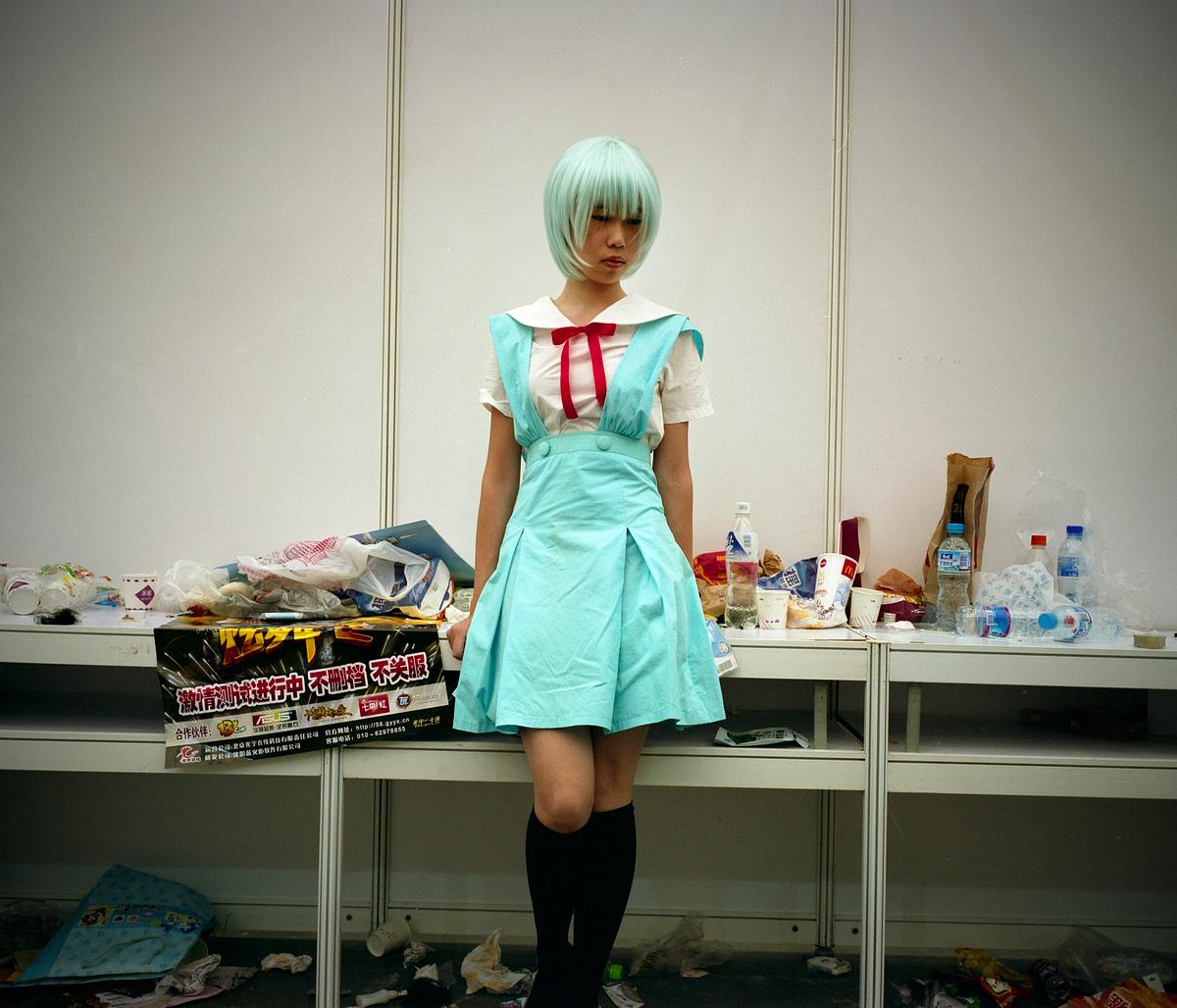 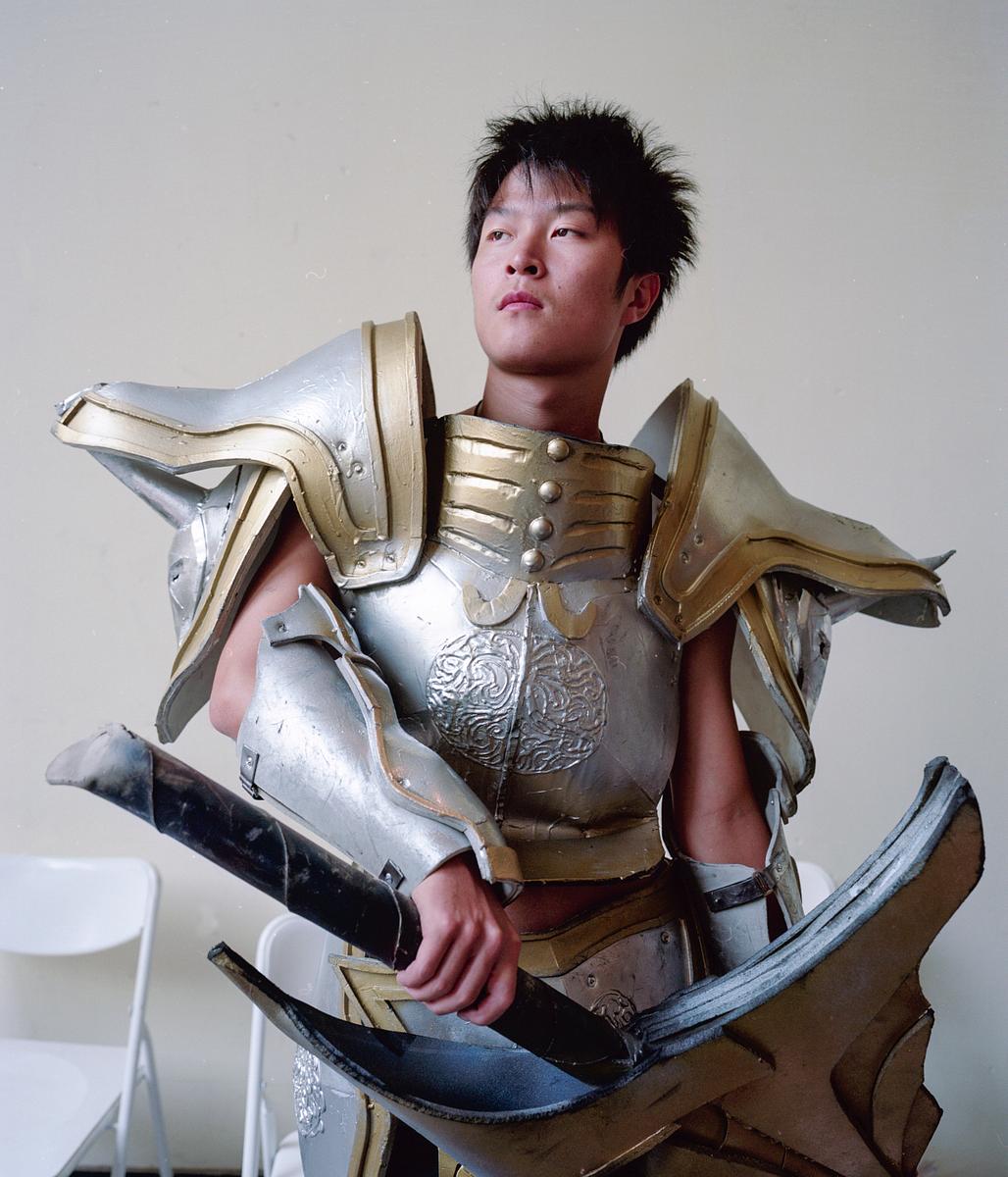 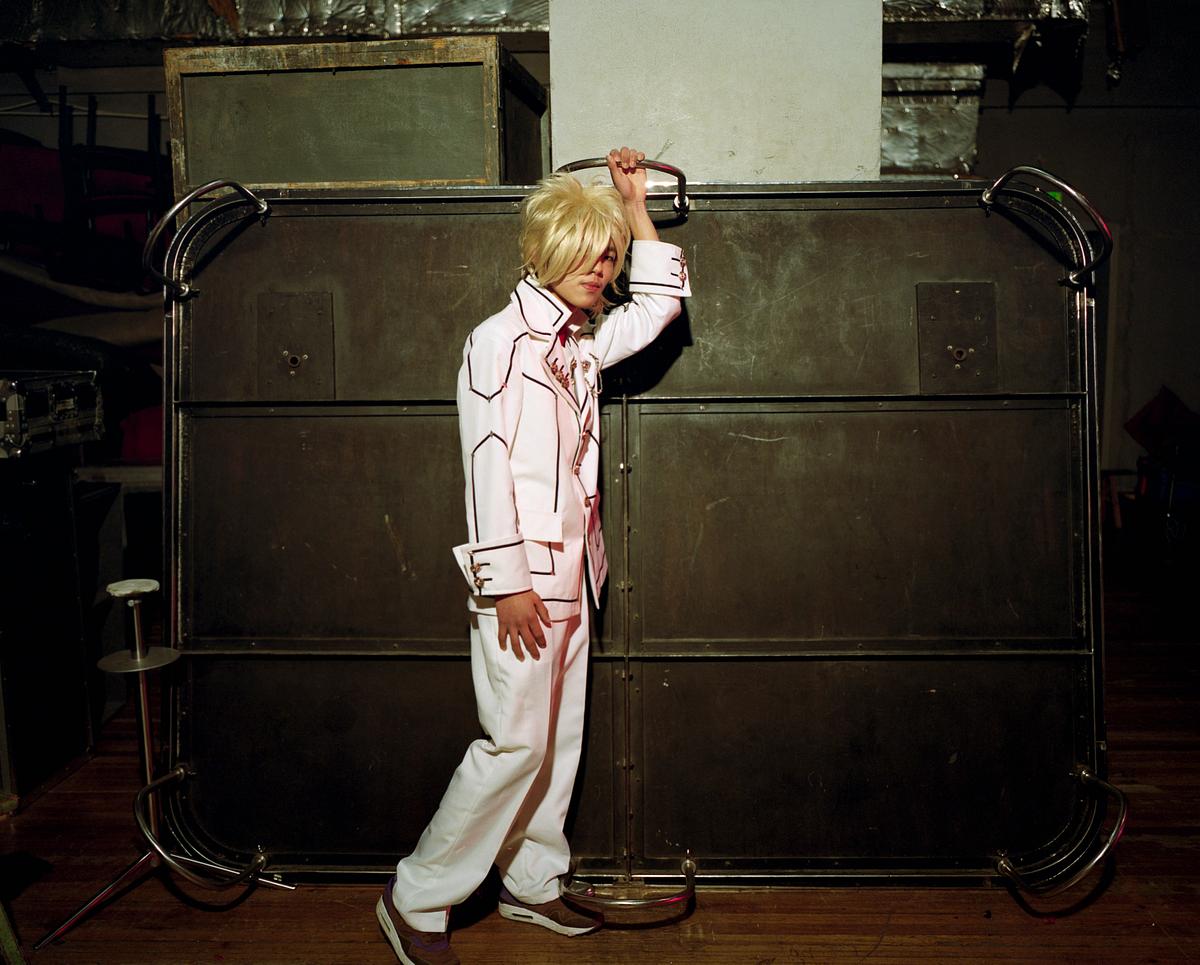 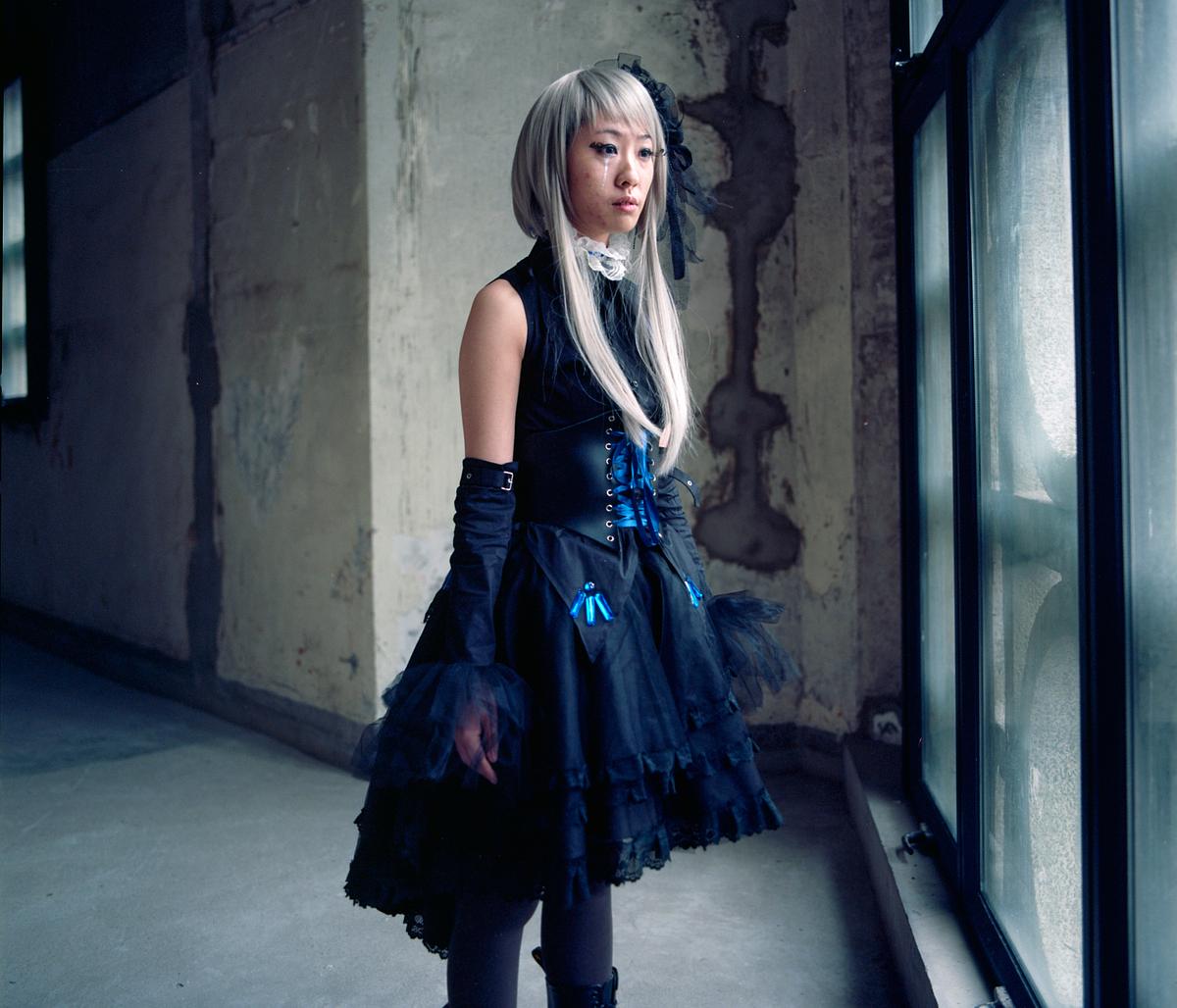 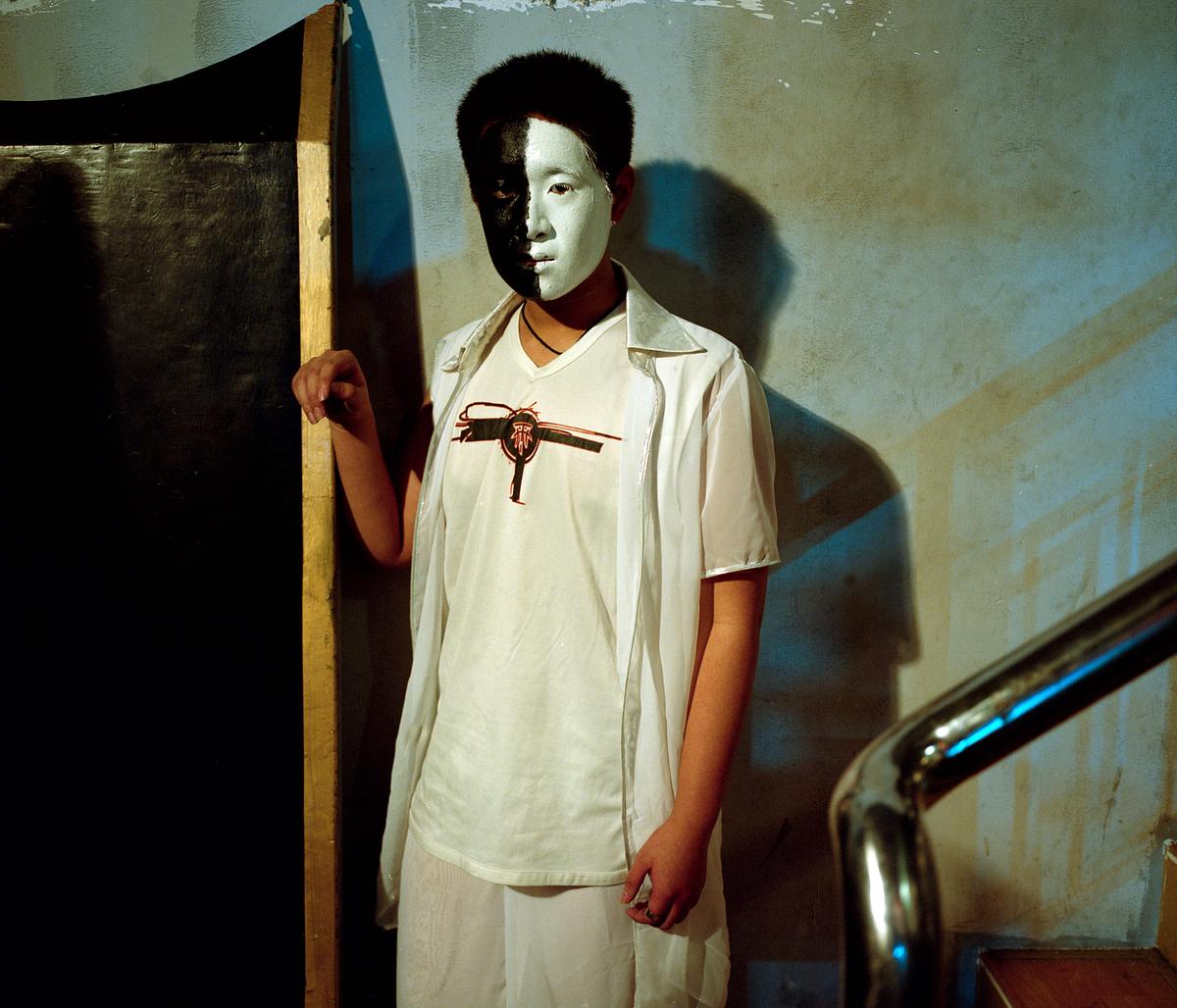 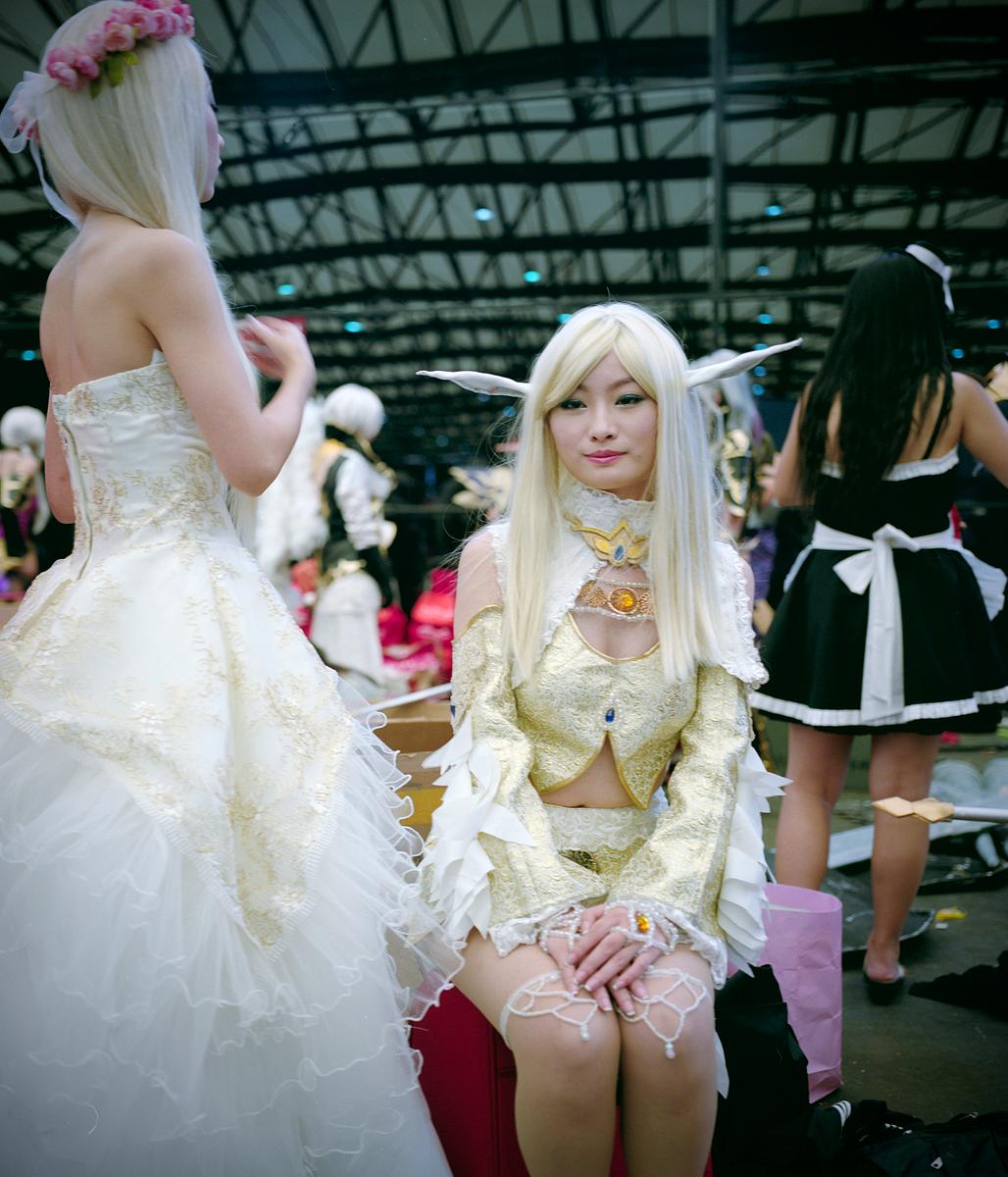 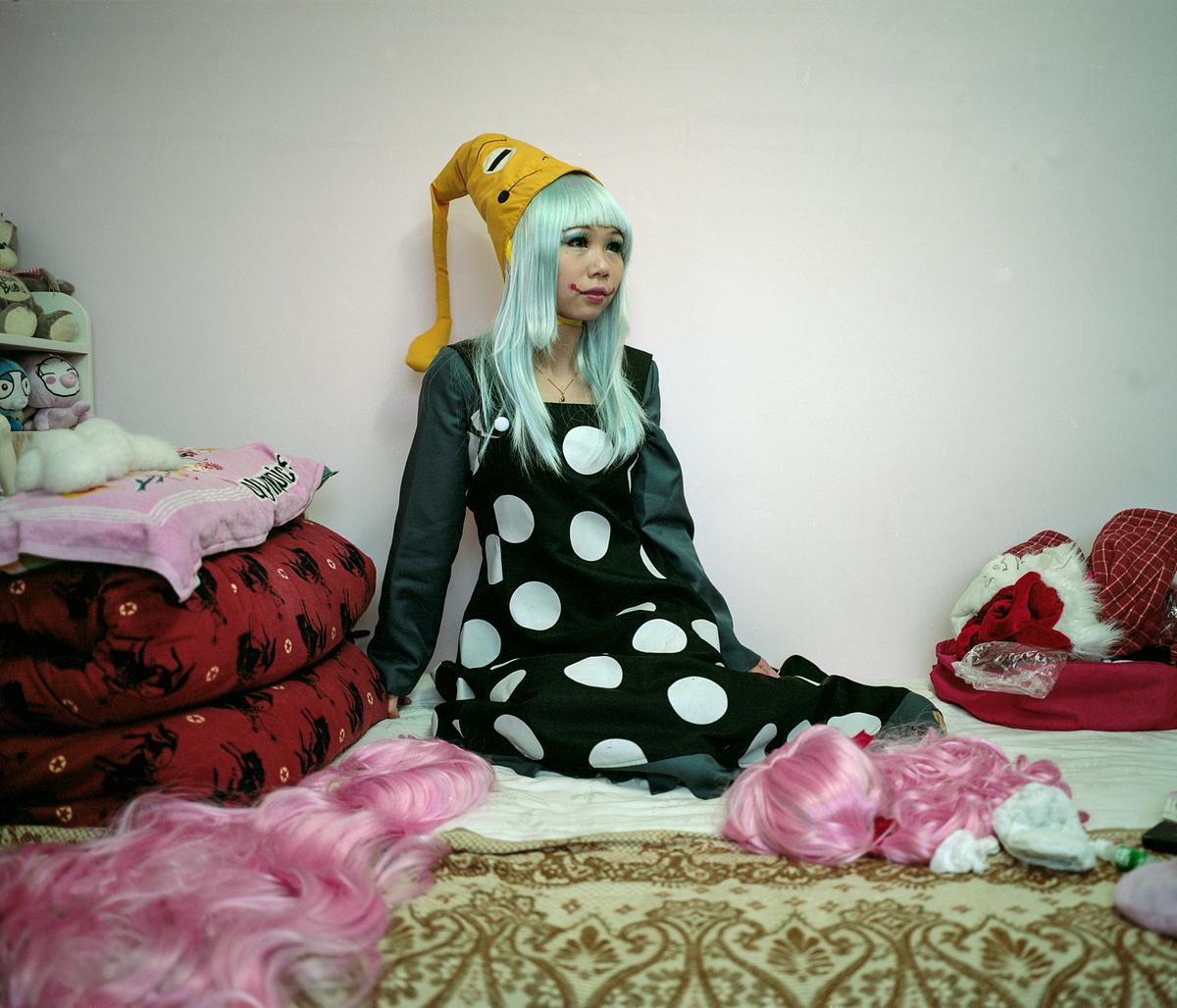 CHINA / Shanghai / Chinese Cosplay 05/2009..Chinese Cosplay in Shanghai,Xiao Yu Yu , 26 years old, working also for specialized magazine for cosplay and animation from japan portrayed in her room, she lives in a small house in the the outskirt of Shanghai with her parents 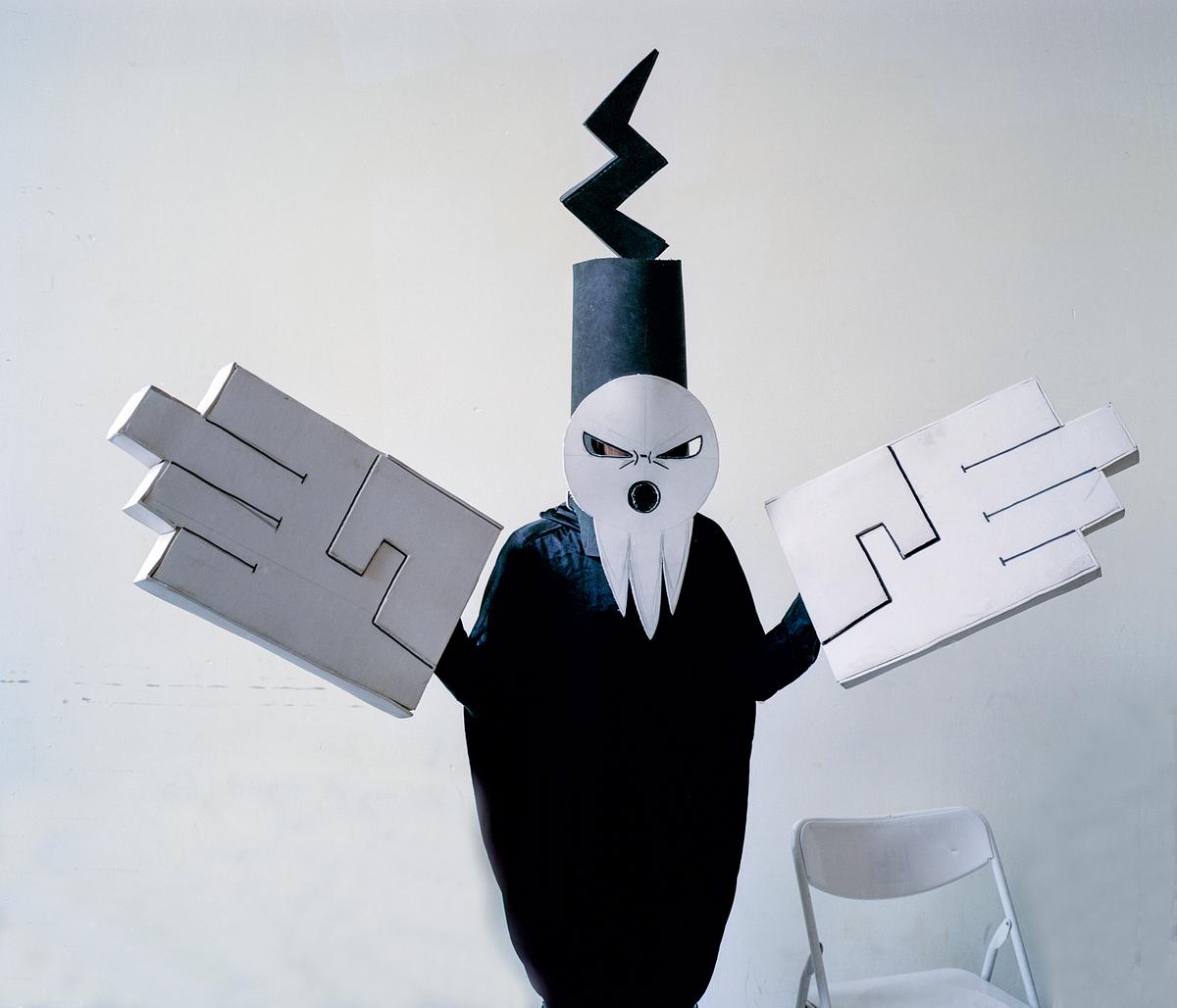 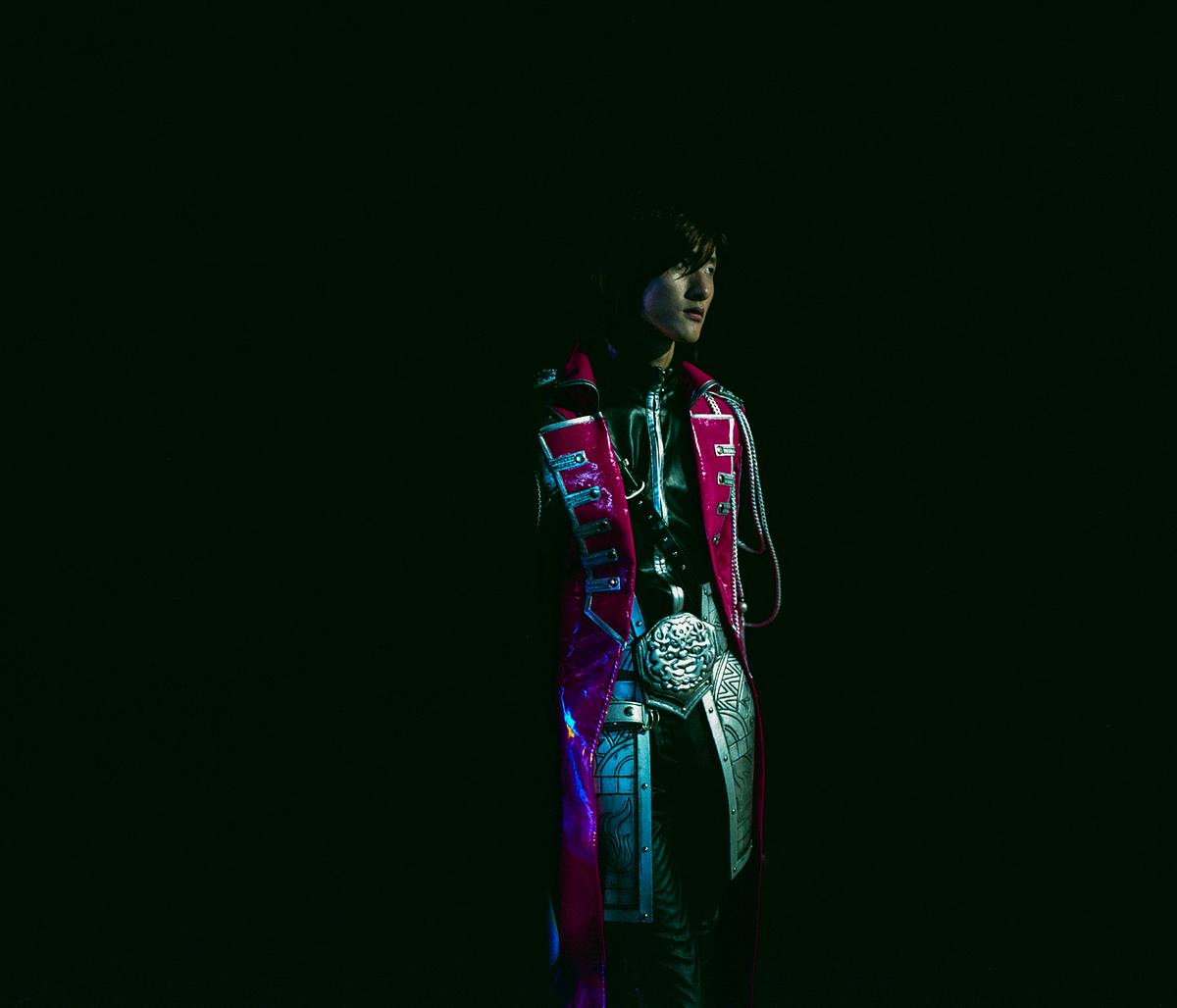 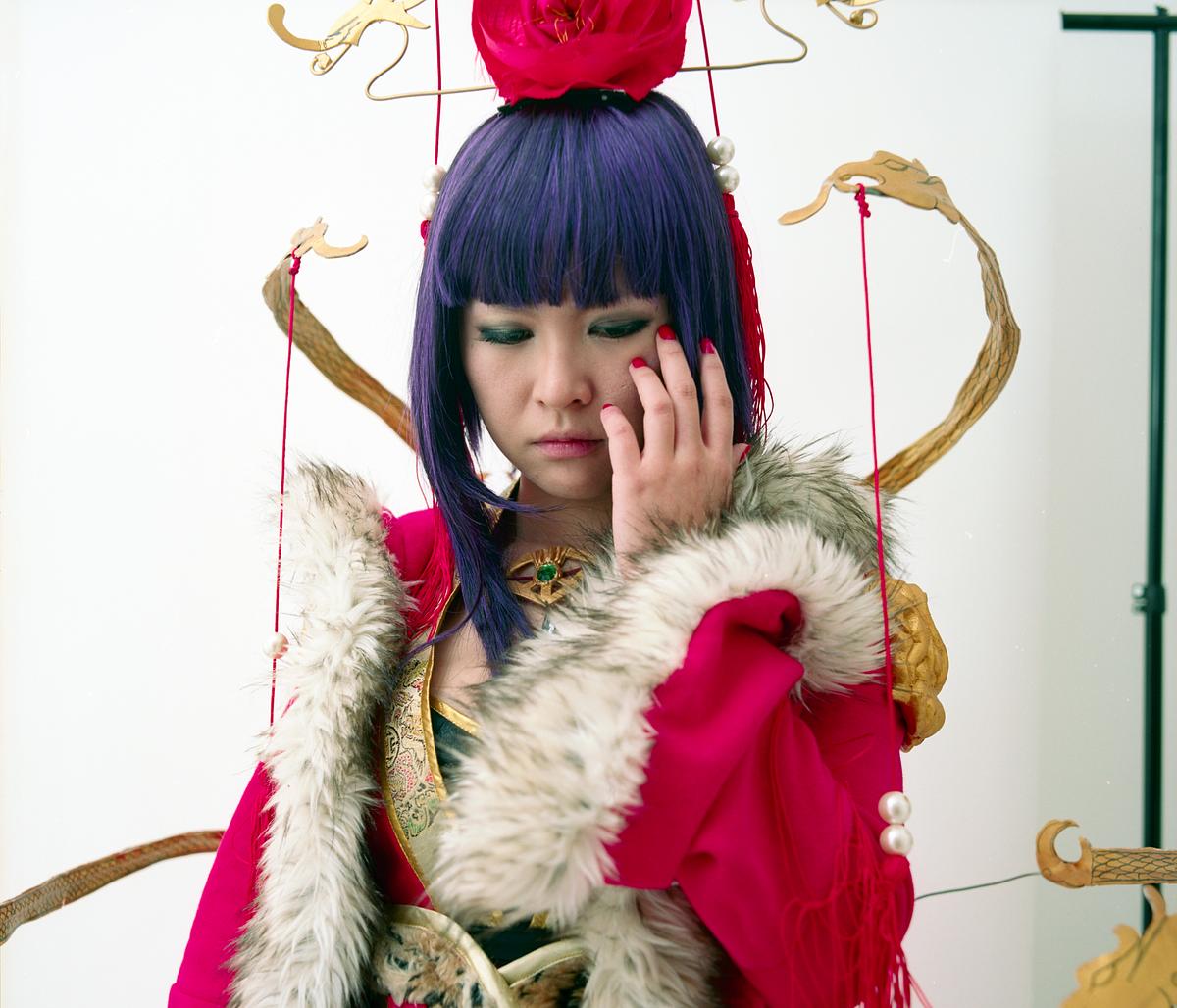 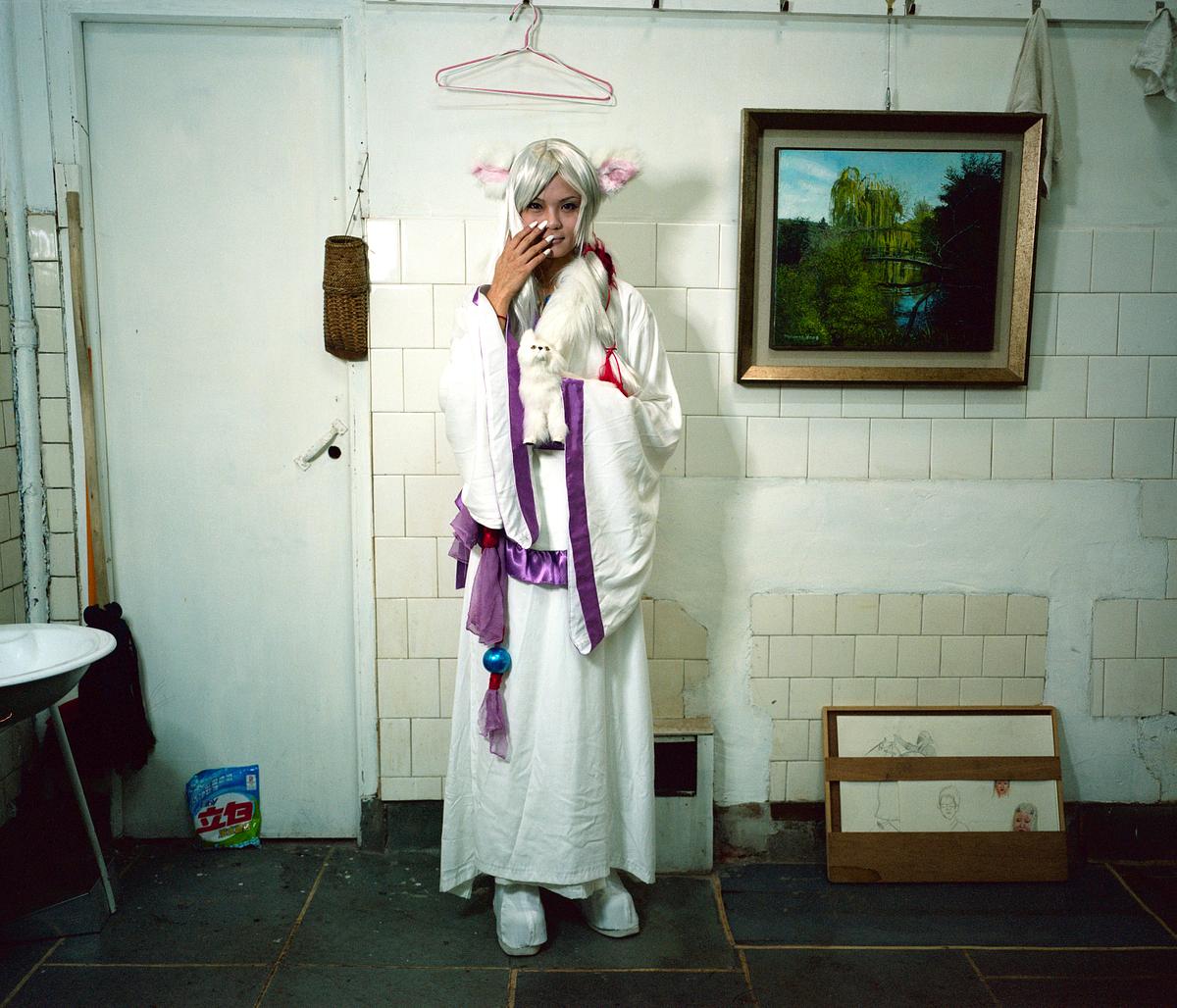 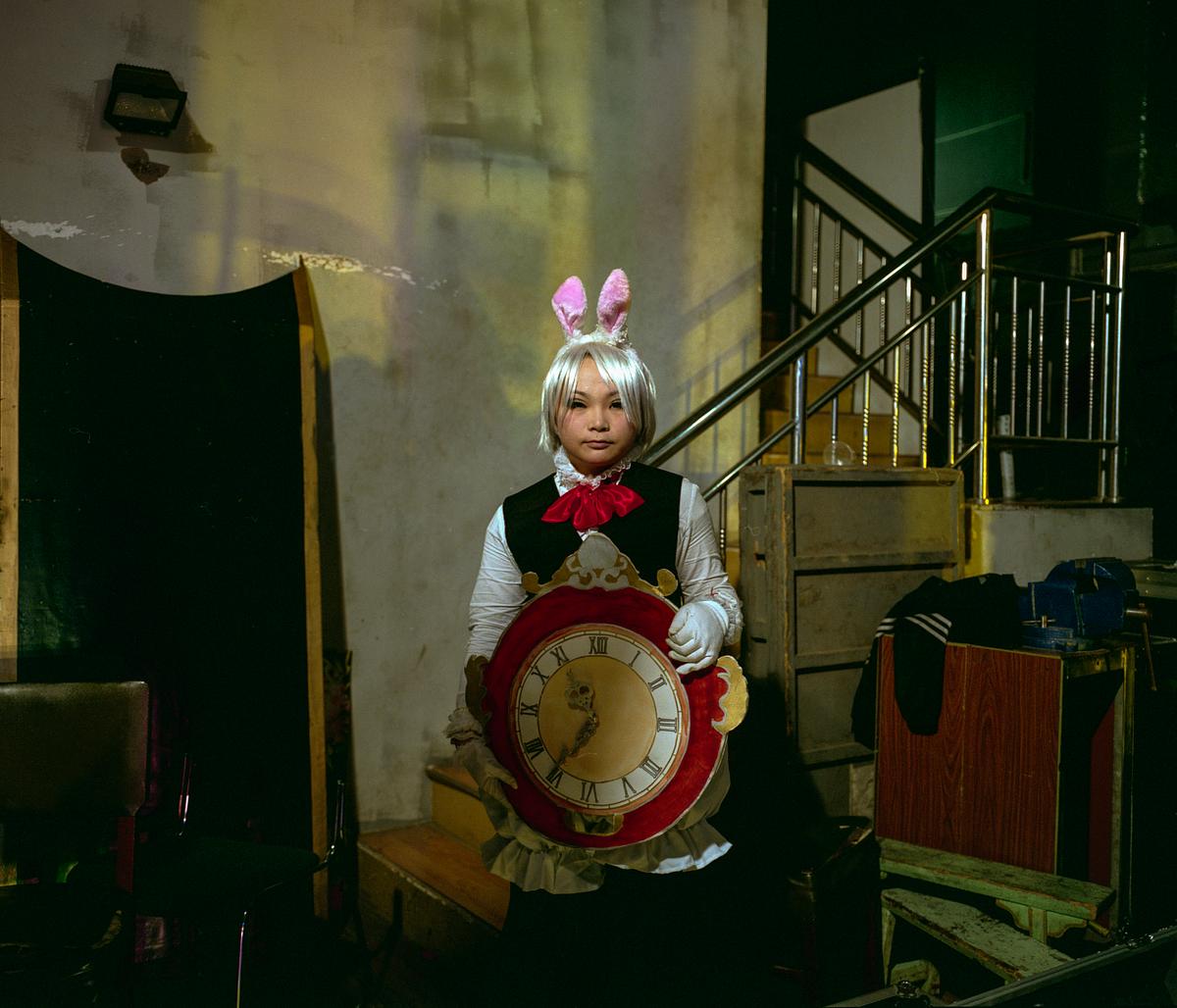 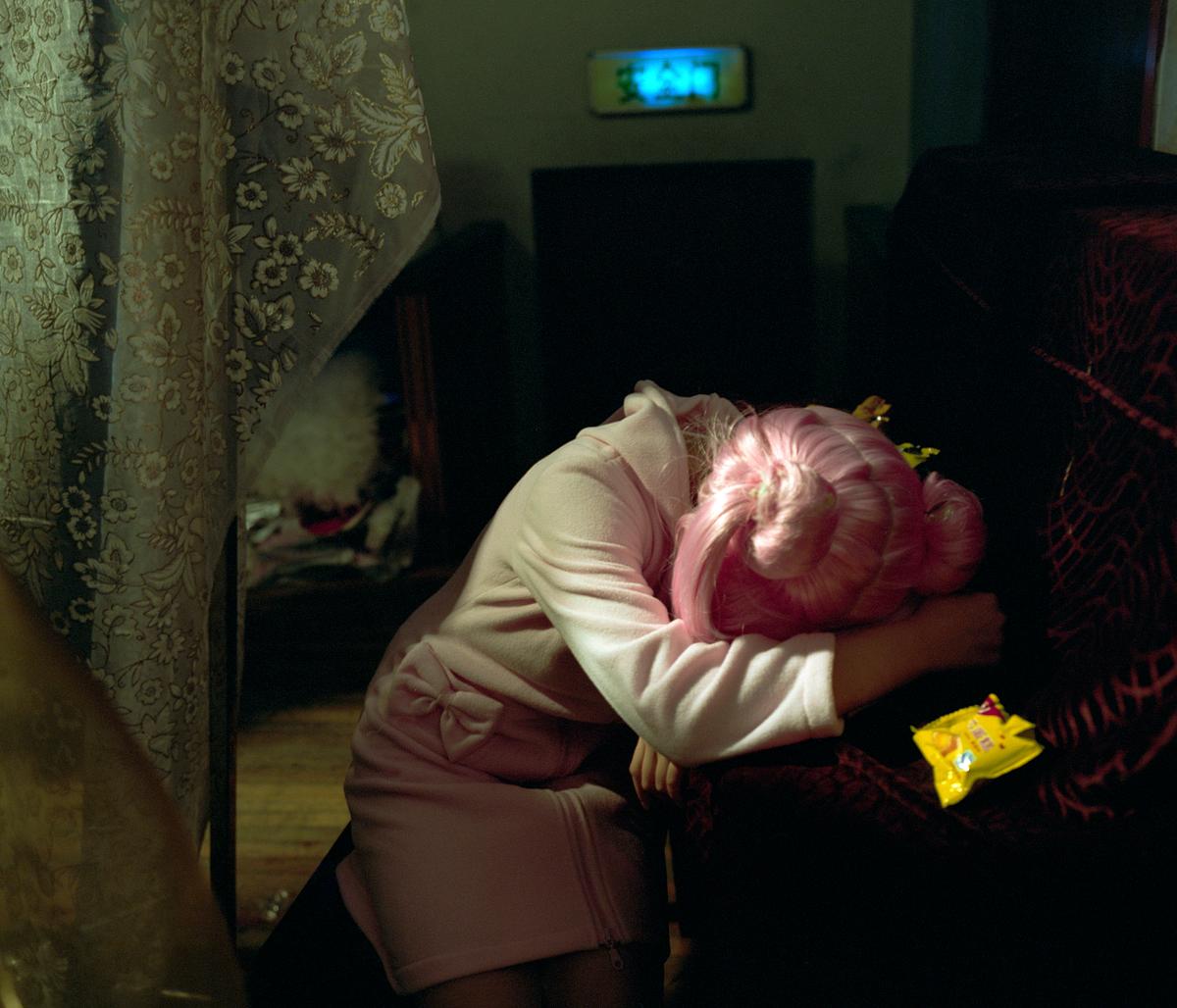 Fallen angels from heaven, wrapped in sheets garish robots, futuristic knights and princesses. In this way ', encased in heavy armor, transmuted by the speed' of change, Chinese’s teens take refuge in the imaginary dream, the ones of the epic heroes and characters of “Manga” and Japanese cartoons. They are the losers of the Chinese miracle, people born on the ashes of a generation speechless in its dreams and libertarians ideals.

”That day you covered my eyes and the sky with a red flag, you asked me what I was seeing, "Happiness'" I said ..... This feeling made me forget that I have no place to stay, you asked me which direction I want to go, I answered on your way... " Was singing Cui Jian , founder of Chinese rock, marking 'the end of that generation of the 80' who had fought and hoped.

Deprived of a past buried by the bulldozers of modernity 'and phagocytated by speed', the only unit 'of measurement of the Chinese metropolis of 21 th century, the new generations closing up in themselves, cover, disguise, dress, put colored wigs trying to live the real size of this elusive transmuting it into a fictional world where names, codes and social behaviors are re-invented and re-written in the language of the game.

China is "cannibal" said Lu Xun, is like Kronos devouring his own children at the cyclical rhythm of history and that lets you naked in front of it. Stripped off from their Mao’s blue uniforms with white Student’ shirts, disillusioned by the "magnificent destiny and progress" that social inequalities have widened dramatically over the past ten years, throw in virtual worlds, live double lives where the peeling and moldy walls of China are razed with blows of lasers and magic wands."Learn from Lei Feng" shouted the young red guards holding the booklet of Mao in the 60s. But today's Communist ideals and Confucian’s patriotism squeaking against the advance of globalization and economic growth that sweeps away layers of millenary culture and identity '.

The "Riben guizi," the once "Japanese devils" are a renewed target of national pride but also, at the same time, inspired a new matrix identity in a fluctuating split between public life and private life, reality 'and dream.Language, as always, is 'the first archaeological finding of the future: generations of bloggers and internet users destructure language itself, the slogans of the revolution pop fade like old “dazipao” on the walls, emblems of a past whose memory is' a luxury bitter and the young remain for a few Jiong "spechless" An idiogramma that remains voiceless, a virtual scream, a linguistic mask of China's future apophasis on the search of a new identity.